Japan is a wonderfully strange place. Adventure-seeking tourists come from all over the world to stay in ninja-themed capsule hotels, eat octopus-flavoured ice cream, dine at vampire cafes, and attend crying baby festivals. Skiers looking to embrace Japan’s zanier side might consider a trip to Zao Onsen Ski Resort, where the unique weather conditions have led to a bizarre natural phenomenon; juhyo (ice trees) are the eerie-looking snow formations atop Mount Zao that have become known to tourists as ‘snow monsters’.

Where is Zao Onsen Ski Resort?

350km north of Tokyo, Zao Onsen is equally renowned for its sulfuric hot springs, world-class skiing and alpine trekking. Located in Yamagata Prefecture and just 16km away from Yamagata City itself, the onsen town attracts holiday-makers all year round.

The town sits at the foot of Mount Zao, the most active volcano in northern Honshu. Residents of Zao Onsen have been warned by meteorological experts that the volcano could soon erupt. In April 2015, Mount Zao experienced heightened seismic activity but the tremors proved to be benign. Skiers needn’t worry too much; Mount Zao last spilled lava in 1940.

The ‘monsters’ are, of course, no more than snow-caked trees, but the effect is quite compelling. The phenomenon occurs when airborne water droplets freeze against Mount Zao’s Aomori white fir trees, creating unusual shapes and patterns. Snow then settles on the icy disfigurations, compounding the effect. The monsters begin to take shape during December but don’t reach full size (and spookiness) until late January. It’s not until mid-March that the monsters start to deteriorate and the illusion fades.

Both skiers and non-skiers alike can use the resort’s ropeways to access the monsters. At the foot of the mountain is Zao Sanroku Station, from which visitors can take the Sanrokusen ropeway up to Juhyo Kogen station. If crowds are an issue, skiers might find it faster to use the chairlifts on this section of the mountain. From Juhyo Kogen station, the Sanchosen ropeway leads up to Jizo Sancho station, just below Mount Jizo’s 1736m peak.

Those travelling to Zao Onsen in peak season can opt for a nighttime tour of the snow monsters. Image: follow-ad.blogspot.com.au

Those travelling to Zao Onsen in peak season can opt for a nighttime tour of the snow monsters. During this time, the monsters are illuminated in colourful lights, making for a particularly surreal experience. Tourists ride onboard a specially equipped snowmobile, nicknamed “Nightcruiser”. The tours run every night from late January to early March, on weekends in early January, and during the New Year holidays.

Zao Onsen is Japan’s fourth largest ski resort, encompassing 50km of runs and 42 ski lifts (including 3 high-capacity ropeways and 1 gondola). Despite this, Zao Onsen does not have the big name appeal of Niseko or Hakuba. Its crowds are largely due to its popular ‘snow monsters’.

The resort is particularly suited to beginner and intermediate skiers due the lack of challenging terrain. Only 20% of the resort’s slopes are rated ‘difficult’. However, advanced skiers will appreciate the resort’s rather tolerant attitude to off-piste skiing. Receiving an average snowfall of 12m per season, Zao Onsen is never short on fresh powder. Just be discreet if you choose to neglect the boundary ropes.

A daytime lift ticket costs ¥5000 (¥2500 for children) and provides access to Zao Onsen’s 42 lifts between 8:30 am and 5:00 pm. Night skiing is then available until 9:00 pm. Zao Onsen’s lifts are owned by nine separate companies, the result of which is that travelling between ski areas is not always straightforward. A few up-hill climbs and long traverses may be unavoidable.

Be aware that Zao Onsen Ski Resort is less developed than some of its more westernised competitors. Its range of ski shops and rental gear is somewhat limited. Slope-side accommodation is available, but for a more traditional experience, you may opt to stay in the village. The slog to and from the lifts is easily offset by a relaxing soak in one of Zao Onsen’s famed hot springs.

Zao Onsen is famous for its natural hot springs that were reportedly discovered in 110AD. The hot springs in this area of Japan are known for containing very high levels of sulfur, and the resulting smell has even been likened to rotten eggs. But for those who can tolerate this, sulfuric hot springs are said to relieve a host of different medical conditions including psoriasis, exzema, arthritis, acid reflux, high cholesterol and high blood pressure.

Hot spring enthusiasts are spoilt for choice at Zao Onsen. The village has numerous public baths, both indoor and open-air. In addition, many ryokans (traditional inns) and hotels in the area have their own onsen facilities. An unlimited access pass can be purchased from the town’s tourist information center.

The slog to and from the lifts is easily offset by a relaxing soak in one of Zao Onsen’s famed hot springs.

During the winter, Mount Zao’s mystical snow monsters are its main attraction. But Mount Zao is no one-trick pony. In the off-season, nature junkies take to Zao’s hiking trails, eager to explore its rugged volcanic peaks and valleys. The biggest drawcard is the lunar-esque Okama Crater Lake, accessible via the Zao Echo Line (a particularly stunning stretch of road). Those with some degree of fitness can hike up to the lake’s barren ridge. Otherwise, Kattadake peak provides an excellent viewpoint.

In the off-season, nature junkies take to Zao’s hiking trails, eager to catch a glimpse of Okama Crater Lake.

How to get to Zao Onsen

From Tokyo to Yamagata

Getting to Zao Onsen from Tokyo requires a trip on the Yamagata Shinkansen Tsubasa. The Tsubasa is a high-speed 7-car bullet train. The journey takes up to 3 hours and leaves from Tokyo Station. The Yamagata Shinkansen ticket gate is near the station’s Nihonbashi exit. A one-way ticket will cost ¥11,000 (US$100). Alternatively, you can travel this route on a Japan Rail Pass or a JR East Tohoku Area Pass.

From Yamagata Station, board a direct bus to Zao Onsen Bus Terminal. Buses depart hourly (more or less), starting from 6:40 am and finishing at 8:00 pm. The bus fare is ¥1000 for adults and ¥500 for children.

2020 Ski Asia Awards voting is now open! Vote for your favourite ski resorts, hotels and ski schools for the chance to win $100 to spend with aussieskier.com. 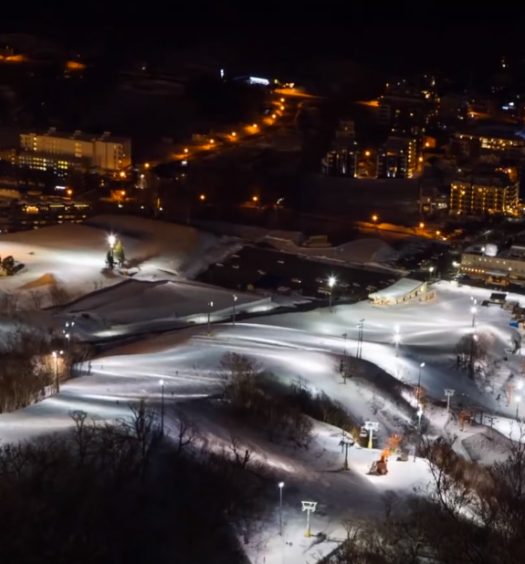 Read More
Niseko United like you’ve never seen it before