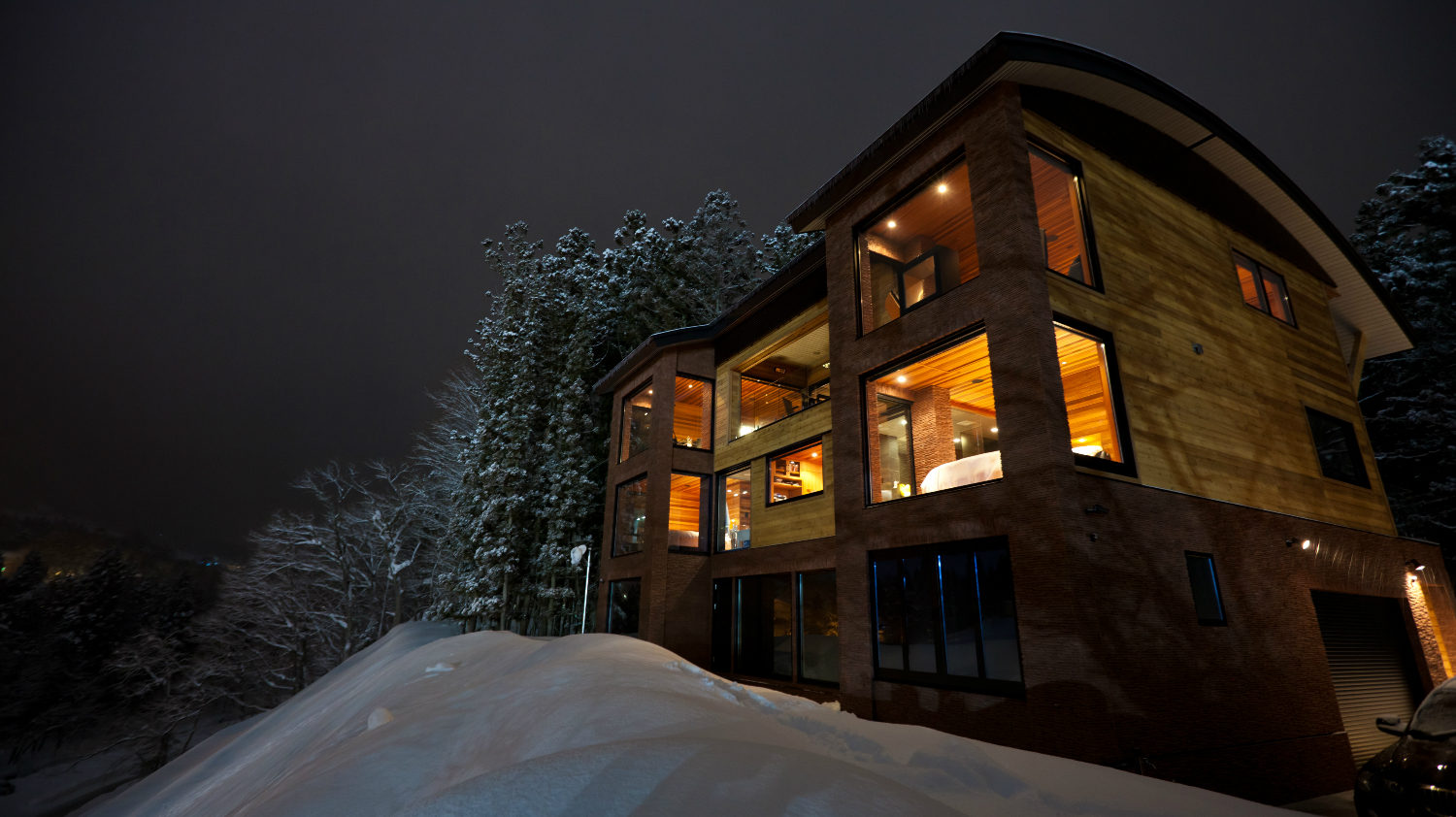 From teched-out chalets to chateau-style resorts, these are some of Asia's best ski hotels.

Skiing has long been associated with wealth and luxury. It’s no surprise, then, that some of Asia’s most impressive hotels are located within a stone’s throw of the slopes. Here are several of the best.

Niseko has an abundance of luxury accommodation, but only a small number of properties have the luxury of slopeside access. The Vale Niseko lays claim to one of the best spots in town, just metres from Grand Hirafu’s newly renovated Ace Family lift. The Vale currently holds the title of World’s Best Boutique Ski Hotel – and has done so for several years.

The hotel is conveniently located on the edge of upper-Hirafu Village, allowing guests easy access to some of Niseko’s liveliest restaurants, bars and shops. But for those who’d rather save their energy for the slopes, The Vale has its own bar & grill restaurant, plus an on-site rental shop.

Built in 193, Akakura Kanko and its crimson-coloured roof have become an intrinsic part of Myoko Kogen’s landscape. The iconic 52-bedroom hotel sits at 1000 m, perched halfway up the slopes of Mount Myoko’s Akakan (Akakura Kanko) Ski Resort. Its location offers not just ski-in-ski-out access but also some incredible views of the resort.

Built in 1937, Akakura Kanko and its crimson-coloured roof have become an intrinsic part of Myoko Kogen’s landscape. Image: Akakura Kanko

The hotel – a collaboration between Japanese and German developers – is an even mix of European and Asian influences. Behind its traditional exterior, Akakura Kanko is decked out in modern luxury, each of its premium suites equipped with multiple LCD-screen TVs, panoramic windows, an open-air hot spring bath, and an array of high-tech gadgetry.

Hakuba is one of Japan’s biggest tourist attractions, accounting for up to 200,000 foreign visitors per season. Throughout Hakuba and its cluster of hamlets, there is no lack of accommodation, with options to suit all tastes and budgets. At the high end is One Happo, described by its developers as a “James Bond fantasy made real”.

Much of Niseko’s ski accommodation is found in Hirafu Village, towards the base of Niseko’s most popular ski resort, Grand Hirafu. The beautiful Zaborin Ryokan (whose name is an amalgamation of the kanji for “to sit and forget” and “the forest”) is proof that options exist further afield. This secluded luxury estate lies within the Hanazono Woods, one of Niseko’s quietest spots, and, while not slopeside, is just a short drive from Hanazono Ski Resort – one quarter of Niseko United.

Zaborin looks like a work of art – a stunning blend of Japanese minimalism and modern luxury. Image: Zaborin

Zaborin was designed by Shouya Grigg, a former photographer who now heads up Niseko’s Sekka Style, a company responsible for some of Hokkaido’s most impressive boutique properties (including the next one on this list). Zaborin looks like a work of art – a stunning blend of Japanese minimalism and modern luxury. Surrounded by natural beauty, the ryokan allows guests to enjoy a lesser-known side of Niseko, away from the lights and noise of Hirafu.

Each of its guest villas is equipped with both indoor and outdoor baths, fed directly from an underground hot spring – a phenomenon known as gensen kakenagashi. Both Japanese and western-style rooms are available, allowing a choice between washitsu or yoshitsu bedding arrangements.

Sekka Style’s Sekka Kan is another of Niseko’s most exclusive properties, situated across from The Vale, and just a short walk from Grand Hirafu’s Ace Family lift. Just like its neighbour, Sekka Kan scored big at last year’s World Ski Awards, taking home the award for Japan’s Best Ski Chalet – a title it has held since 2014.

The luxury ski chalet encompasses a block of four apartments, two of which have divisible studios. The apartments are bathed in luxury, with 4 metre floor-to-ceiling windows, bleached timber floors and ultramodern decor. All units open onto a private outdoor balcony, each with its own jacuzzi. From here, views of Mount Yotei are available.

A full concierge is on offer, making for an effortless Niseko experience. Sekka Kan offers the comfort and privacy of a luxury apartment, with the service and professionalism of a 5-star hotel.

Located in China’s snowy north-east, Changbaishan is one of the country’s most popular winter sports destinations. The ski town is now home to a handful of luxury resorts including the Park Hyatt Changbaishan, arguably China’s best ski hotel.

The 5-star luxury resort offers all that you’d expect from a Park Hyatt, plus the benefit of direct access to Changbaishan’s slopes. Facilities include indoor and outdoor-heated lap and plunge pools, a fully equipped fitness area, luxury dining and a traditional Chinese spa.

The hotel features 163 rooms, including 36 suites located throughout 10 villas. Of these, the Presidential Suite offers most in the way of extravagance. This two-bedroom suite occupies two floors totalling 484 square metres, with guests provided access to a long list of modern luxuries.

The Khyber Himalayan Resort & Spa is located in Gulmarg, a Himalayan town on the northern tip of India—arguably one of the most scenic destinations on the planet. The property overlooks the monstrous Pir Pinjal mountain range, home to Gulmarg’s namesake ski resort. The Khyber occupies seven acres of land, surrounded by immense greenery in the summer months.

But during winter, the resort holds a different appeal. Guests at the Khyber are within striking distance of Gulmarg Ski Resort and its powder-heavy slopes – named in Asia’s top 10 ski resorts by CNN in 2017. From the front door, it’s just a few minutes’ traverse to the Gulmarg Gondola, the world’s second highest cable car. The gondola ascends Mount Apharwat, topping out at a dizzying altitude of 3,980 m.

Spectacular views are, no doubt, the drawcard, but the Khyber is no one trick pony. Guests have access to an impressive range of facilities including a newly renovated swimming pool and spa, four restaurant options, a sheesha lounge, snooker room, and a gym with sauna, steam and jacuzzi facilities.

Alpensia is a small ski resort located in South Korea’s Gangwon Province, just two hours outside of Seoul. The resort hosted several marquee events at this year’s PyeongChang Winter Olympics. Despite not having the reputation of its neighbour, Yongpyong, Alpensia has the pick of the hotels including the luxurious Intercontinental Alpensia.

Designed by the multinational Cuningham Group, the Intercontinental is a classical European-style complex, and is one of Alpensia’s most prominent landmarks. In 2017, the 238-room hotel was awarded South Korea’s Best Ski Hotel at the World Ski Awards in Kitzbühel, Austria.

The Intercontinental is one of Alpensia’s most prominent landmarks. Image: IHG

Most importantly, the hotel sits directly opposite the slopes, with front-door access to the lifts. Guests can also make use of resort facilities that include a family water park, 27-hole golf course, and a luxury spa & wellness centre.