From ghost town to ski resort. Lotte Arai Resort to reopen after years of neglect.

After more than 11 years in a state of abandonment, Lotte Arai Resort – formally known as Arai Mountain Resort and Spa – will reopen to the public in December, 2017.

The ski resort is relatively small, even by Japanese standards, with 11 runs serviced by five lifts – including a gondola, two pair lifts and two quad chairlifts. Investors will instead be pinning their hopes on the resort’s reputation for heavy snowfalls which, according to local website myokokogen.net, are due to its location in the first mountain range to the west of the Japan sea. Plans are also underway for the construction of a half-pipe at the top of the mountain.

The village will feature four refurbished lodges (257 rooms in total), hot springs and a swimming pool. It is set to open year round, with plans to attract green season visitors with a zip line (reportedly to be the largest in Japan), a tree-top adventure course, an indoor bouldering centre and a tubing operation.

The Myoko ski resort was first opened in 1993 by Hideo Morita, the son of Sony co-founder Akio Morita. Despite having more than 200,000 visitors pass through its gates during the 1998/99 season, it was forced to close in 2006 following a period of financial troubles, and was eventually seized by Myoko City due to unpaid property tax.

The resort was then purchased for 1.8 billion yen (US$16 million) in June 2016 by Lotte Co., Ltd., a multinational conglomerate with headquarters in South Korea and Japan.

In a recent statement, Hotel Lotte CEO Kim Jung-hwan outlined plans for the resort to complete with some of Asia’s best.

“Lotte Arai Resort will be able to attract not only Japanese customers but also foreign visitors with its long skiing season and best snow quality,”

The investment is part of Lotte’s plan to transform itself into a global hotel chain and reach 1,000 hotels by the year 2050. 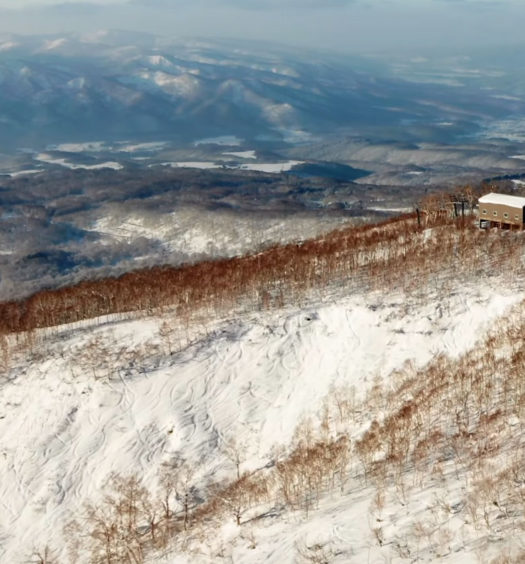 Check out Niseko from an angle you’ve never seen before