When Cveto Podlogar addresses his clients at a “Beyond the Niseko Backcountry” clinic in December, he will be calling on almost 30 years of experience as a guide in the mountains of Japan.

He is unequivocally one of the leading voices in the industry – accredited by the International Federation of Mountain Guides (UIAGM) and the Japanese Mountain Guide Association (JMGA), for which he is the only recognised non-Japanese member.

Podlogar is also a former cross-country skiing Olympian, a seven-time Slovenian national champion, and has a list of stories and experiences to keep his clients entertained for days (he arrived in Japan after travelling across China and Tibet by bicycle!).

But his Niseko clinic will address the most serious aspect of his job as a mountain guide: the dangers of the Japanese backcountry and the increasing numbers of skiers and snowboarders swapping ski lifts for touring gear – many without the necessary knowledge or experience to negotiate the tricky conditions.

We caught up briefly with Podlogar to get his thoughts on Niseko as a backcountry destination and for some insight into some of the topics that will be covered in the event next month.

Ski Asia: Do you find that there’s a culture of safety and avalanche awareness in Japan?

Cveto: There used to be avalanche safety awareness in Japan before the new wave of riders from abroad entered the country, pushing the limits on steep slopes, but failing to bring the required knowledge and avalanche risk management.

Ski Asia: How do you rate the danger of the backcountry in Hokkaido versus other parts of the world?

The risk of avalanches occurring in Japan is lower than other parts of the world. However, the level of danger is no different because conditions are trickier due to the huge amount of daily snowfall and poor visibility. In Japan, we usually have avalanches lower down on the mountains. Even if the slopes look safe and there are more trees than we usually see in avalanche videos, it is factors such as these that in fact increase the danger level in the backcountry.

Ski Asia: Have you noticed any growth in the number of skiers and snowboarders exploring the backcountry in Japan?

Yes. This is not growth, this is an invasion!

“Just look through the window”, says Podlogar. “If the weather is fine and the snow is good … GO!”

Ski Asia: What’s your opinion on the Niseko gate system and the ease at which it lets people into the backcountry?

It’s nonsense. When gates are open, they’re open to everyone, even to people without any backcountry equipment! And when they’re closed, they’re closed to everybody, even fully equipped professional guides.

If Niseko management want to keep the gate system, I would recommend that they only let guided tours through. My repeater clients are requesting to avoid BC ski programs in the Niseko area.

Ski Asia: Do you think travellers to Japan need to be better educated on the risks involved?

Ski Asia: What are some of the best resources for learning more about (Japanese) weather, snow conditions, terrain etc?

Simple, just look through the window. If the weather is fine and the snow is good … GO! If it’s turning bad, go home (if you still have time).

Personally, I’ve spent nearly 30 years in Japan and I’m still learning. Japan/Hokkaido is an island, and the weather is constantly changing, sometimes three times a day.

The weather forecast is just information, and I only really trust temperature and wind info. When it comes to terrain, it’s important to look around and mark your trail out. Japan has excellent 1:25.000 maps, so study the terrain well before you go out there. GPS errors are often the reason people get lost, and I can’t always help you! 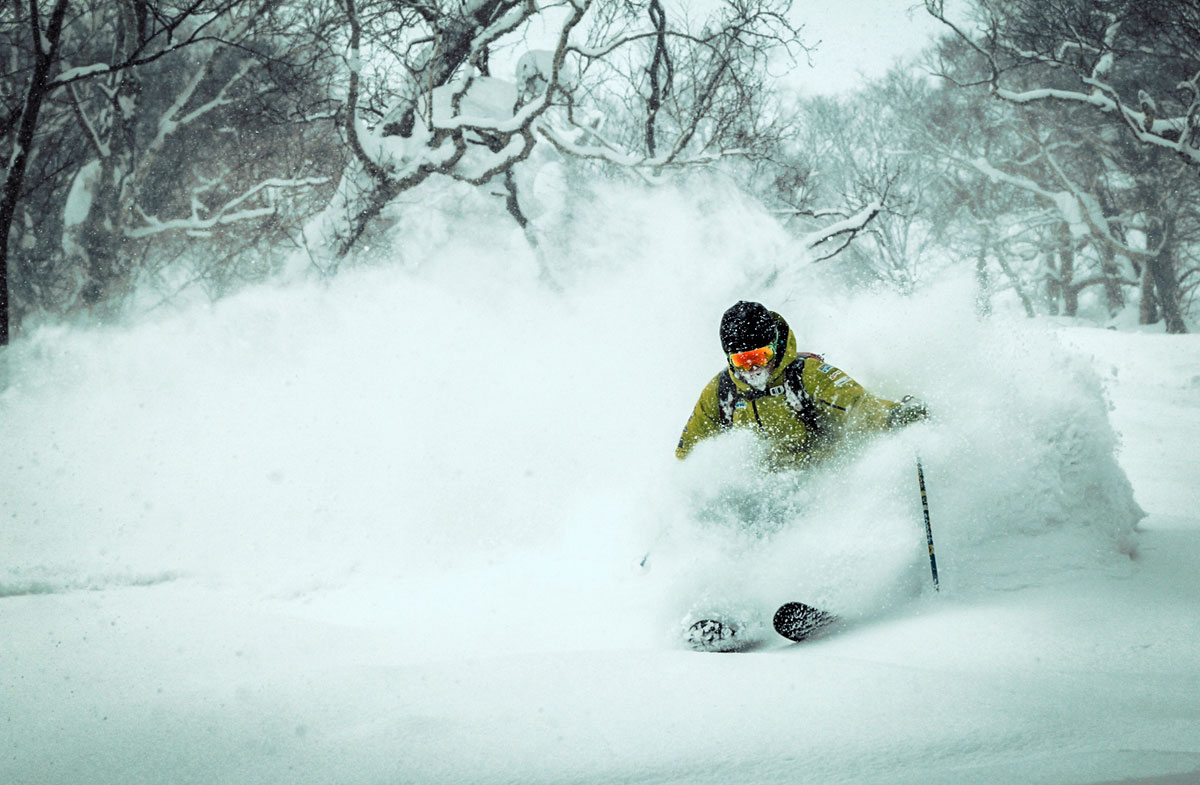 Podlogar has found that avalanche danger in Hokkaido tends to be lower, but the conditions are trickier due to the huge amount of daily snowfall and poor visibility.

Going up the mountain on a heavy day of snowfall. In a few hours, the snow was so deep that we skied down a 35° slope without single turn!

[The snow was so deep that for] ascending and breaking the trail for 100 metres we needed three hours!

Ski Asia: What’s your favourite spot in Niseko or the surrounding areas?

Bouldering and beer at NAC. [Niseko has] many good slopes in good conditions, but they can all turn bad in nasty weather and snow conditions.

Beyond the Niseko Boundary: Event Details