Just over a year ago, Rob Thomson launched Hokkaido Wilds, an English-language database of ski touring routes complete with maps, photos, downloadable GPS files and detailed descriptions. In the short time since, it’s become regarded as an invaluable source of information by the ever-growing community of English speaking adventurers in Hokkaido, who can also use the site to find, cycling, hiking and canoeing routes.

Rob’s adventure resume is befitting of man who is, quite literally, putting the Hokkaido backcountry on the map. He once cycled from Japan to Switzerland, and is the current Guinness World Record holder for Longest Journey by Skateboard (12,159km), a trip that he documented on YouTube.

Spending the last nine years in Hokkaido, first as a graduate student and now as an assistant professor at Hokusei Gakuen University, Rob’s adventures are now mostly confined to weekends, though he is as active in the outdoors as ever. In the year since launch, he and his small team have added 73 new skiing, canoeing, hiking and cycling routes totalling an astonishing 1,475 km.

Rob penned all 16 of the new ski touring routes himself, adding to the 38 that he’d recorded in the years before Hokkaido Wilds. He singles out a 10-day trip to Rishiri Island in Hokkaido’s north, and Shiretoko Peninsula in the far east as the highlight of last season, and puts the views from Rishiri-zan “on par with the spires of Patagonia and the bulwarks of the Himalayas” (we encourage you to look through his image galleries).

The views from Rishiri-zan are “on par with the spires of Patagonia and the bulwarks of the Himalayas”. Image: Hokkaido Wilds / Rob Thomson

In amongst his adventures in the Hokkaido outdoors, he and his team have also claimed two national awards for his English-labelled topographical maps, delivered the keynote address at the 2019 FOSS4G Hokkaido conference, and set up an English-language database of search and rescue reports from the Hokkaido police – an undertaking that Rob hopes will shed light on the dangers of the Hokkaido backcountry and encourage people to take the necessary care. It’s been an eventful first year to say the least.

Most admirably, Rob is in the planning stages of setting up a Hokkaido Wilds Foundation, pledging to donate all revenue generated through the site to organisations “maintaining sustainable access to the wild places of Hokkaido”.

It is one of several initiatives on the agenda for year two, including a planned trip to Japan’s Tohuku region, where he and the Hokkaido Wilds team plan to document routes in places like Hakkoda (Iwate prefecture) and Hachimantai (Iwate prefecture).

Ski Asia had the pleasure of hearing from Rob on why he’s become so hooked on Hokkaido, and what he’d recommend for aspiring Hokkaido adventurers.

How many years have you been ski touring in Hokkaido?

I started about six years ago, with my first ever trip being with Leon Roode, the founder of the Hokkaido International Outdoor Club (HIOC, an outdoor club for residents of Hokkaido, now defunct). That trip was an overnight trip to Mt. Haruka-yama, staying at the gorgeous Ginreiso Hut. Leon’s back living in New Zealand now, but that trip, perfect for confident beginners, really got me hooked.

Which day trip would you recommend someone coming to Hokkaido for the first time?

For people with the experience and gear for alpine (above the treeline) touring, I would recommend a night at Hakuginso Lodge in the Fukiage Onsen area of central Hokkaido. Hakuginso Lodge is a self-service lodge (large kitchen available for overnight guests), but from there, you’d have options for either Mt. Sandan-yama or Mt. Maetokachi-dake. This area on a good day is phenomenal – cold and dry powder, amazing views, and onsen (including mixed-gender wild onsen).

Have you personally witnessed an increase in foreigners/tourists venturing into the Hokkaido backcountry?

In central Hokkaido (Daisetsuzan Range around Tokachi and Asahi-dake), most certainly. But I’m yet to meet another group of foreign tourers at any of the backcountry huts. They’re an amazing resource that are begging to be used more – many of them are seeing declines in usage as the average age of the local clubs that maintain them increases.

The Hokkaido Police backcountry emergency callout statistics also suggest more people are heading out into the backcountry. They report 48 callouts involving foreign skiers in 2017/18, up from 19 the previous year, and 25 the year before. What’s interesting about their statistics, however, is that 47 of those callouts were from people in the ‘sidecountry’, whereas only one involved skiers in non-resort related backcountry ski touring.

My interpretation of this is that it is encouraging to see purely backcountry-focused visitors coming prepared and skiing within their limits. It also points to the need for great respect for the tough Hokkaido conditions, even when accessed from the perceived safety of resort gates and lifts – sidecountry is the backcountry in Hokkaido too.

You clearly love Hokkaido. What is it about the island that you find particularly special?

I think my fascination with Hokkaido stems from an almost perfect combination of a) Japan culture (food, language, customs, onsen), b) big wide open spaces in the outdoors, and c) climate. I lived in Kyushu (Japan’s southern-most large island) for four years and appreciated the culture, but for me, having grown up in New Zealand, the climate was too hot for my liking and the topography (mountains and valleys) a little too ‘compact’ (the beautiful area around Mt. Aso notwithstanding).

Population density down there is also much higher than Hokkaido. Up here in Hokkaido everything is big. Valleys, mountains, plateaus. Distances between services can also be quite far, giving a nice sense of isolation and solitude – great for cycle touring.

And Hokkaido has what I call ‘proper’ winters. Bracing, dry-cold winters with plenty of snow. Like the rest of Japan, the abundance of onsen hotsprings (and the culture surrounding them) is something simply unmatched anywhere else in the world. For ski touring, this means that there is guaranteed to be a natural onsen soak at the end of a daytrip to the mountains. For ski touring (and also cycle touring), this means that a day without a hotspring soak at the end of it has come to feel like something inhuman and completely barbaric. 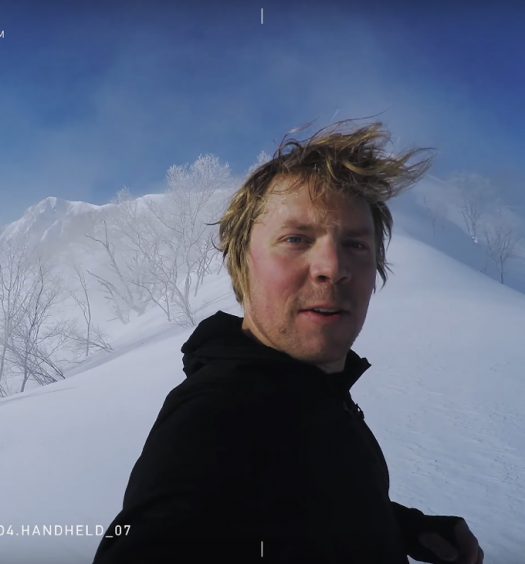