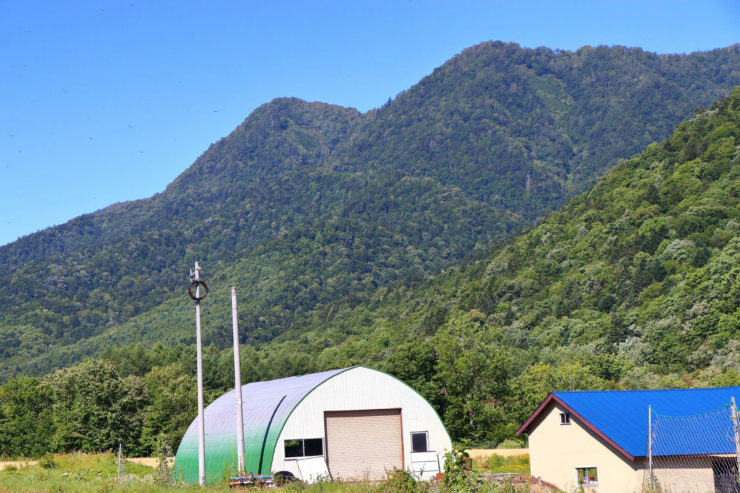 Backcountry Ski Japan purchase land with "no competition for powder".

Alpine Backcountry Guides, one of the longest running international ski tour operators in Japan, has purchased a block of land that will give it exclusive access to a range near Furano.

The tour group – which currently operates in Asahidake and the nearby Tokachi Mountains – is cementing plans to offer guided ski touring in the area for winter 2018/19, and will also look at the viability snowmobile tow-ins.

The land is just 10 minutes by car from the base of Furano’s Kitanomine Gondola station, and will provide access to two main peaks at the roughly the same elevation as top of the Kitonime Gondola.

A topographic map showing the “Bear Creek” land and its access to two nearby peaks.

John Morrell, founder of Alpine Backcountry Guides and pioneer of ski tourism in the Central Hokkaido region, was naturally excited about the opportunity to offer new terrain and powder to his customers.

“It gives us exclusive access to an area where our guides will be taking backcountry skiers right through the winter, with no competition for the powder.

“There is a forest trail about one kilometre to the south where skiers can access the area, but they cannot descend the only desirable lines, which are down into our property. There is no parking available on the road in winter, so access and parking is really only available from our property.

“I haven’t personally skied it but two of our guides have. It is identical in terrain to Kitanomine, but a little steeper, with some great lines to explore.

“Kitanomine has great tree skiing from about 500 metres up, where the trees are wide apart and this area is the same. The advantage we have is not only exclusive access but also, our property has been cleared, so we have good tree skiing followed by open terrain.”

John has named the land “Bear Creek”, a translation of Kumanosawa – the name of a stream that runs to the north of the property.

Touring in the new area will be included as part of any multi-day guiding package, though John has expressed a desire to “keep options open” as he and his guides like to choose the best terrain and conditions for his customers on any given day.

“If it hasn’t snowed for a week or so, then we will save it for that to ensure our customers have access to powder when other areas are skied out.”

Bookings can be made through the Alpine Backcountry Guides website. The product will only suit strong skiers and split boarders/snowboarders on snow shoes with a good level of fitness.

“No one knew it even existed as a ski destination back then so I had real trouble convincing people to come, but once they did, they were hooked and I have had skiers coming with me since 1987.

“Our aim has always been backcountry first with lifts and sidecountry second”.

John is based in Furano year round, running the ski guiding business through the winter, and cycling tours through the summer (which he is equally enthusiastic about). He is recognised as one of the pioneers of adventure tourism in central Hokkaido.

Sapporo a chance to host the 2026 Winter Olympics