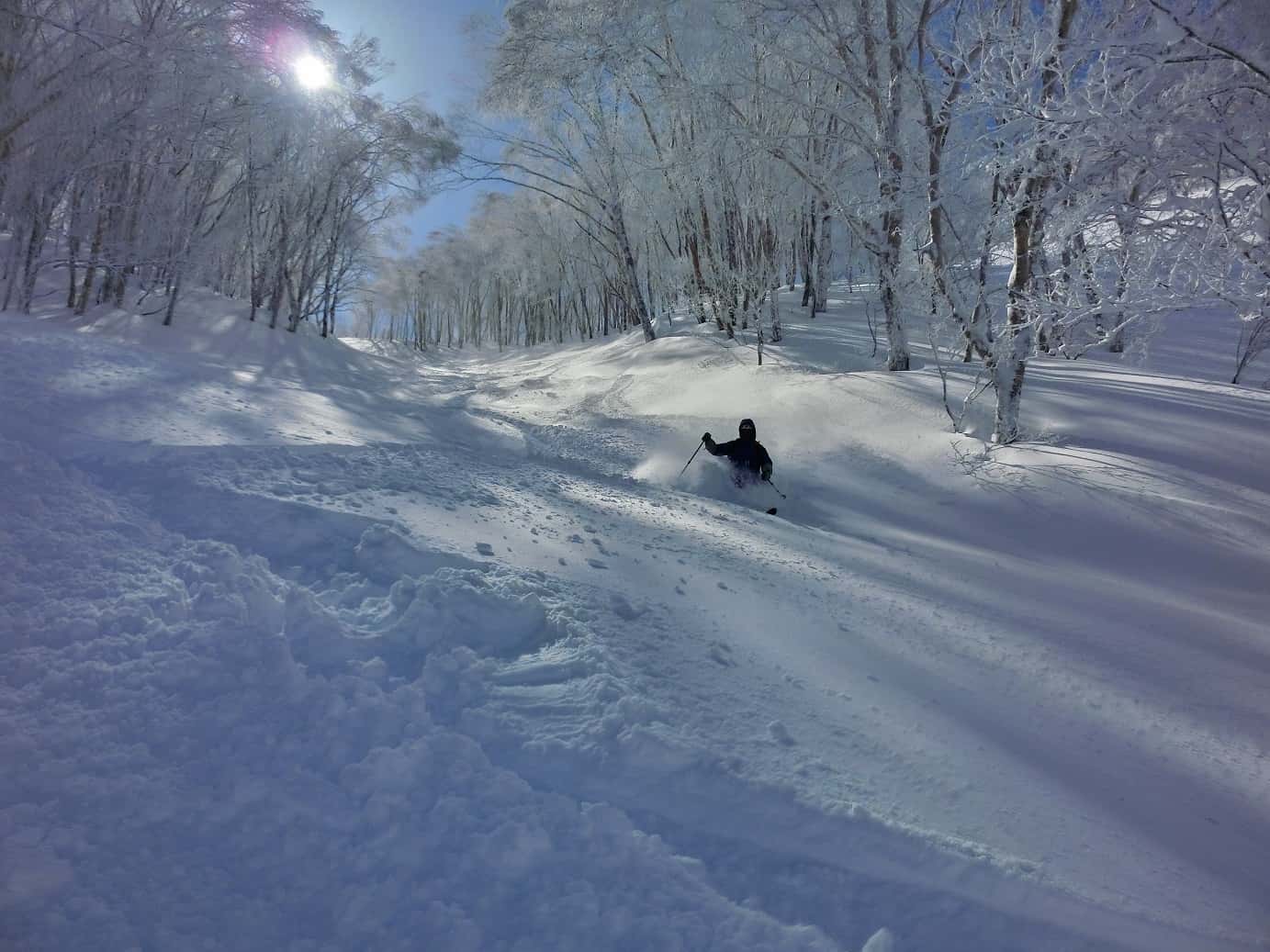 Revealed: the lesser-known Japanese ski resorts on your radar

Revealed: the lesser-known Japanese ski resorts on your radar

Over the last three months, we’ve been asking our readers about the lesser-known ski resorts in Japan they’d most like to visit. We’re always interested to see which smaller ski resorts are on people’s radar, and we’ve had our fingers crossed that the exercise might even reveal a few hidden gems (worth noting that there are more than 500 ski resorts in Japan).

The resorts below are just a handful of the names that surfaced, and it’s fair to say that our selection process has been far from scientific. We’ve chosen to highlight resorts that were mentioned at least twice, but omitted the ones – like Madarao, Hakkoda and Asahidake – that came up over and over, and are perhaps less of a secret now than they were a few years ago (though still undeniably worthy of a visit).

Here are six of the lesser-known ski resorts in Japan that have caught our readers’ interest.

Tazawako Ski Area is a small resort in Akita prefecture, one of six prefectures that make up Japan’s Tohoku region. Tohoku ski resorts surfaced frequently in our survey, and for good reason. The region is a skier’s gold mine for smaller, off-the-beaten-track resorts that are loaded with culture and powder.

Tazawako is one such resort, and though it may be known to keen mogul skiers who would recognise it as a stop on the Freestyle World Cup, its best features are the endless supplies of champagne powder and the stunning views over its namesake (Tazawako) – Japan’s deepest caldera lake at 423 metres.

As one reader said, “the pow and the views of the lake would be awesome!”

Sitting roughly 25km to the north west of the better-known Myoko resorts in Japan’s Niigata prefecture (though only accessible from the north via the coast), Charmant Hiuchi is a tiny 3-lift resort that punches well above its weight and is a highly recommended day trip for anyone holidaying in the area.

This is not necessarily the place to learn, though, nor will it provide much interest to those who like long, cruisy groomed runs. Instead, the resort is best suited to powder hounds who can make the most of the deceptively challenging off-piste and side country terrain which, thanks to its northerly aspect and proximity to the coast, can get belted with snow by the winter storms that blow across from Siberia. So much snow, in fact, that the resort often stays open into the second week of May.

One reader noted that this is the resort they’d like to visit due to the fact that “60% of the area is ungroomed.” Sounds like a good reason to us.

If Charmant Hiuchi is the resort for advanced powder seekers, Palcall Tsumagoi falls somewhere towards the other end of the spectrum – a paradise for beginner and intermediate skiers who appreciate long, manicured groomers with lots of space to move. Palcall (a delightful play on the words “call [your] pal”) is the largest resort in the Karuizawa area, and features a 3.2km gondola and a thigh-burning 4.2km run from the peak to the base of the resort.

The resort’s new owners have laid out some ambitious plans for their recent purchase, including a terrain park that will be “the longest in Japan, possibly the world” – set to debut this winter. Park skiers/snowboarders take note!

The resort’s 135-room ski-in ski-out onsen hotel is a convenient retreat after a long day of skiing; those still with energy to burn can take a shuttle to the nearby shopping centre, one of the largest in the region.

“Friends praised the staff, views, and conditions at the Palcall Tsumagoi Ski Resort”, said another.

Ryuoo Ski Park is surrounded by some of Japan’s most popular resorts – Shiga Kogen and Nozawa Onsen included – but has managed to escape the limelight of its better-known neighbours. Like the aforementioned resorts, it’s a great destination for powder seekers, and despite being a rather narrow resort (see the trail map), it has more than 1,000 metres of vertical to contend with and a decent variety of terrain.

One of the defining features of Ryuoo is its 166-capacity Ropeway (one of the largest in the world), which delivers riders to a top station panoramic lookout called SORA Terrace. The views can be magical, and many visit in the hope that they’ll witness a phenomenon called unkai – a “sea of clouds” that rolls in over the ski resort below.

Ryuoo was also one of the first resorts in Japan to allow snowboarding, which has made it a hit with Japan’s single planking fraternity – almost to the point that you’ll feel a bit out of place as a skier!

One of our readers summed up Ryuoo Ski Park to perfection: “I love traveling to resorts off-the-beaten-path, rich in culture and, of course, favoured by the snow-gods! Ryuoo ticks all the boxes!”

We love to see a resort like Shizukuishi mentioned, a place that was once the crown jewel of the Prince Hotel group and the host of the 1993 FIS Alpine World Ski Championships, but has since faded into obscurity – perhaps to the benefit of those who’ve visited in recent years.

In a true sign of the times, Shizukuishi has not managed to keep all its lifts running. The ridgeline to the skier’s left of the resort that was once the Women’s Super-G course (once serviced by a gondola) has now been designated as a cat skiing zone, though cats run on weekends only. A shame, yes, but a golden opportunity to ride 4.5km of untouched powder if you happen to turn up on a Saturday after a heavy night of snow which, let’s be honest, is not uncommon in the area.

With six functioning lifts (including a Ropeway and a high-speed quad) and 13 trails, Shizukuishi is actually one of the larger resorts in Iwate prefecture. But if you’re the kind of skier who doesn’t like to ski a trail more than a handful of times, we’d highly recommend mixing up your trip with visits to the nearby Amihari Onsen Ski Resort and Iwate Kogen Snow Park – piwi-sized resorts even by Japan’s standards, but with snow quality and an “off the beaten track” feel that make this region so endearing to the few who visit.

One of our readers commented that “I read an article a few years ago praising it [Shizukuishi], and it’s been stuck in my head since.” Another noted the “forested runs, views of Mount Iwate and prevalence of traditional onsen.”

Togakushi Ski Resort is a small resort in Nagano prefecture, and another that has benefited from being in the shadow of its larger and more high-profile Nagano neighbours. Fewer guests means less competition for powder, making it an ideal stop for a day or two if the forecast is looking good.

“It has lots of powder, even though it is not a popular ski resort”, remarked one reader. “I really want to take my snowboard buddies.”

With only seven chairlifts and 19 official marked runs, the terrain is certainly not extensive, but there are some moderately challenging black runs on either side of the Mt. Kenashi peak – one of two peaks that form the resort. Ducking into the trees at Togakushi can be very rewarding, though riders are encouraged to be careful and discreet as it’s not encouraged by resort owners.

However, the biggest attraction of Togakushi won’t be found behind any trees in the resort. The town is famous nation-wide for Togakushi soba (noodles), one of the three big-name soba making regions in the country. In spring, Togakushi is engulfed in fields of soba flowers, and in the area there are more than 40 soba noodle shops – among which, Urazaya is the most famous.

Check out Niseko from an angle you’ve never seen before